“Food — like sex, politics, and religion — is an intensely personal, emotional, and complicated subject.” – David Kirby, Author of Animal Factory: The Looming Threat of Industrial Pig, Dairy, and Poultry Farms to Humans and the Envionment

Ain’t that the truth.

Last week, Colton (my six year-old First Grader), came home from school with a Field Trip Permission Slip. As a kid, I loved Field Trip Days. Didn’t you? We didn’t get too many Field Trips outside of the big metropolis of Buckeye, AZ because it was so far to get to Phoenix (especially before the I-10 was completed between Goodyear and Phoenix circa 1984. Yeah, I’m old.) so Field Trips were a huge deal back then. Huge. 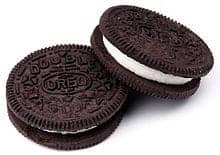 I still enjoy Field Trips. As a grown up, I try to go on all Colton’s Field Trips as a “chaperone.” We went to some farm in the city with his class last month. Farms are right up my alley. It was all cool until they called corn a “vegetable.” Anyway, as I took his permission slip out of his purple school folder, I wondered where “we” would be going this time. Imagine my surprise when I saw that the permission slip was for a field trip for lunch at McDonald’s. Seriously. The Field trip was to eat lunch at McDonald’s and play on their crappy playground. To top it off, the kids only had three choices for meals and no substitutions were allowed. The choices were all Happy Meals (which include a soda and french fries): hamburger, cheeseburger, and Chicken McNuggets. Best of all (said in my sarcastic voice), an ice cream cone is included with lunch. Yay.

Would you believe that Colton has never been to McDonald’s in his entire life? We intentionally have not fed our children fast food in hopes of raising them to be as healthy as possible. We haven’t even let Colton play on the playground at McDonald’s because we never wanted him to think that McDonald’s was a suitable option for play, for food….for anything but a restroom stop while on a road trip. I will never forget the first time Colton went through a drive-thru. He tripped out. We were in Sedona on Christmas night and the entire town was closed. Our choices for dinner were Circle K or Burger King. We chose Burger King. I’ll never forget a four year-old Colton, strapped to his car seat in the back of car asking why we just got food through a window! He thought it was the craziest thing and it didn’t make sense to him. Now, thanks to Colton’s public school, I get to deal with the aftermath of McDonald’s. Thank you, Peoria Unified School District.

Now, let’s talk about Cameron. My baby girl is 18 months old and in pre-school. When I enrolled Cameron in her new Peoria pre-school, we

had some very serious discussions about food. We are raising Cam Paleo plus dairy. Grains jack up her gut. I can always tell when someone has given Cam some food that doesn’t agree with her by what is in her diaper. The meals at Cam’s school consist of “healthy whole grains” and other processed crap. I pack Cam’s Paleo-friendly food each and every day. Would you believe that Cam is separated from her class of toddlers at each meal and snack time so that she can eat her own food in the Director’s Office? Yep, my baby girl is treated like the “weird kid” because she eats meats, vegetables, fruits, seeds, and Greek Yogurt; however, I’ve seen the kids in her class get Oreos and ‘Nilla Wafers at snack time!

I get that we have chosen to raise our kids different from the norm when it comes to food and I get that people might think we’re weird. I also understand that processed kids’ food is easier and cheaper than feeding kids nutritious, whole foods. I get it. I do. But, people are more unhealthy than ever and the American diet is cause for most health conditions that people currently experience. We’ve got to start somewhere and that “somewhere” should be with our kids. Kids don’t need goldfish, fruit snacks, cookies, crackers, and Chicken McNuggets. They need whole foods. Is it so crazy to think that healthy food habits should be the norm at public school (i.e. Colton)? How about schools reinforcing what parents are teaching kids about healthy food habits instead of segregating them (i.e. Cameron)? 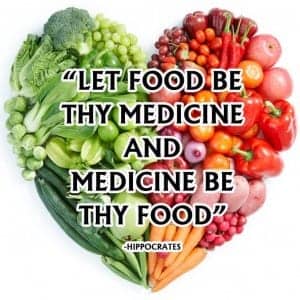 It all begins with food. It really does. Just think about how we can change the world by what we feed our kids. Can you see a future free of many diseases caused by poor nutrition? Free of obesity? Free of genetically modified food? Free of processed food? I do. I see my kids as old, healthy people, living a natural life and CrossFitting well into their 90s. It can happen.

So, please don’t feed my kids crap unless you want Mama Bear to come out and take a bite of your arm (it is Paleo, after all).