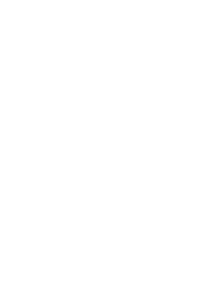 Liu said he added reps compared to already long “343,” not only to make it a grinder of a WOD but also to “balance it” with the overhead squats. He added the 10 reps of man makers to get dumbbells involved “and really can take your last breath away.”

In 2019 Rouse’s fastest athletes finished the workout in under 50 minutes, with others finishing just under the 99-minute time cap.

From CrossFit New England (CFNE) (Boston, MA, USA): “[This is a workout that] we do every year … on the morning of the Boston Marathon. Athletes will alternate between 400 meter runs and 26 of a movement, one rep for every mile of the race.”
This workout pre-dates the 2013 Boston Marathon bombing, but now serves as a memorial for the victims of the attack, which took place on April 15, 2013.
“Tillman” Hero WOD (Time)
7 Rounds For Time
7 Deadlifts (315/205 lb)
200 meter Sprint
15 Pull-Ups
45 seconds Rest

Patrick Daniel Tillman (11/6/76–4/22/04) was a professional football player who left the National Football League and enlisted in the United States Army in May 2002. He joined the Army Rangers and served multiple tours in combat before he was killed in the mountains of Afghanistan. He was a recipient of the Silver Star, the third highest honor in the military, and a Purple Heart. Pat is survived by his wife Marie. He is also remembered through the foundation named in his honor.

Founded in 2004, the Pat Tillman Foundation invests in military veterans and their spouses through academic scholarships – building a diverse community of leaders committed to service to others. The scholars chosen show extraordinary academic and leadership potential, a true sense of vocation, and a deep commitment to create positive change through their work in the fields of medicine, law, business, education and the arts.